Songs and Lullabies for Children 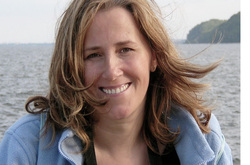 Liliana Kohann (“Lila” for short, pronounced: leela*) grew up in the beautiful city of Gdansk, Poland. Under the terror of a communist regime, she was forced to experience life in a different, challenging and interesting way.

As a strong-minded, intuitive and extremely creative child, although popular among her peers, she was often misunderstood by teachers, and even her parents, and often drifted to the world of imagination. Writing down, since early childhood, her inner dialogs, poems, songs and stories became a form of survival, an escape from the world she had to deal with, and at the same time a bridge to her own core of being. Liliana remembers “In difficult times, I would discreetly search with my hand for my book of poems in my backpack. The second I felt it with my hand, I felt relieved and not alone.”

By the time she was 19, she had written over 500 poems and short stories within the pages of her journals. She was beginning to be recognized, and awarded for her beautiful voice and unusually creative and inspirational songs and writings. After she took first place in a national competition for songwriters and performers, the Communist Authorities issued a statement that she would not be allowed to perform in the next competition, as her words were “too expressive.” This, and other unusual tragic life circumstances that were to follow, led her to America.

No matter what happened in her new life in this country, she would always pick herself up and start over with even more determination. There was, however, one thing that she didn’t pick up for a long time, and that was her pen. It took her fifteen years before she would write again.

Only a few years ago, as a single mother of three little boys, she began a search for the inner child she had left somewhere behind the Iron Curtain, and it was in that process that she resumed her writings. Her recently completed  CD for Children and Mothers "Things on the Floor Can Wait" is now available on iTunes. Her songs, short stories and poetry so cleverly interweave the depth and wisdom derived from her life, with playfulness and great humor, that everyone will find her work irresistibly compelling,deeply enriching, and highly entertaining. 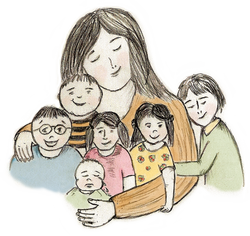 OTHERS SPEAK ABOUT LILIANA AND HER WORK


"The Earth would be a better place if this CD would be in every house.
I wish every parent could listen to it!"
Robert Johnson (Writer, producer, Celine Dion, Lynyrd Skynyrd)

"You must never stop singing!"

A NOTE FROM THE AUTHOR

I do have a special place in my heart for Mothers and Children. I worked for many years with children and their parents. I believe that to truly help children, we must help and support mothers, or those that take the primary care of a child. I know that many mothers may not need support, but many do. I dream of a society where mothers would be treated by everybody like true stars. I know so many mothers who try so hard to be the best they can, yet they're so often feeling guilty, inadequate, drained, burned out, used up, unappreciated, unbalanced or confused. The list can go on, and on. Before I had my first baby, I obsessively kept asking many older mothers this one question:

"If you knew what you know now, and could start your motherhood all over, what would you change?"

I was so surprised not with the same answers they were giving me, but with the amount of raw emotions they were showing while talking to me: "I would have spent more time just enjoying my children, simply being with them, without worrying about... things..." by this time tears would often appear in their eyes. And I believed them. I knew they were passing to me the wisdom of ancient knowledge. I know I won't be able to solve all the problems parents and children are facing, but I know that I can give a little bit of joy, a little hope, a little bit of understanding, and maybe sometimes I can bring some light, balance and humor to their lives.


As a child I often felt misunderstood by others, and sometimes I tried to say things just to fit in, only to find out that I was "fitting" out even more. In all my poems and writing I do give myself freedom to be me, to say whatever I need to get out, or whatever that voice within me whispers, without worrying what others may think.


I do enjoy the feedback. it means a lot to me. So, if you have a comment or a questions, you can send an e-mail to the publisher and they'll get it to me.
©ArtPeace ( All Music, Lyrics and Drawings by Liliana Kohann )
*In her creative writings, Liliana also previously used names Liliana Przewlocka, or Liliana Overman